We Deliver More Than Just Stationery In Doringbaai

West Coast Office National delivers for *free in Doringbaai.
Stationery, Business Office Supplies, Printing, Copying, Office Furniture, HP and Canon printers & copiers as well as comprehensive IT & Computer Support.
We pride ourselves on listening to our clients needs, what can we help you with?

Office Supplies Delivered to you in Doringbaai

Below are the Categories of Office Supplies available for delivery to your front door. We have a massive variety of stationery, IT, Printing and Furniture solutions for you Office all under one roof. There is no need to drive out and get your weekly supplies when we can just bring them to you. Order a Free Catalogue and we will will bring it personally to your door in Doringbaai. 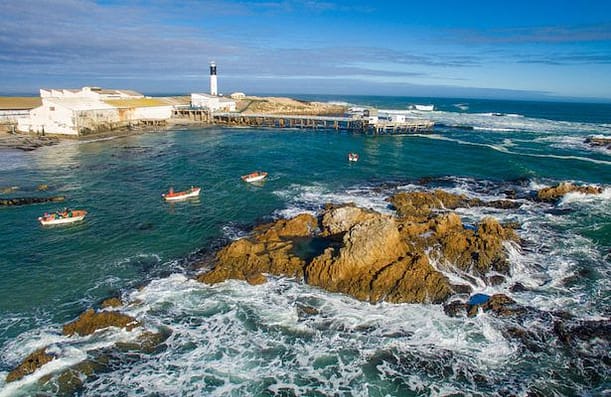 With a small bay, Doringbaai (previously Thorn Bay) is a compact version of the settlements hugging the sea on the Cape West Coast. It’s a fishing village, with the Oceana crayfish factory built there in 1925.

It has a lighthouse which started out as an aluminium structure, but has since been refurbished into a traditional concrete lighthouse like the ones you see on postcards. It has a seafaring history, with trading ships anchoring there to offload cargo which was carried to Vanrhynsdorp, surprisingly on camel back. In the 1960s the Oceana crayfish factory unexpectedly closed its doors, which left the town verging on economic collapse.

As one door closed, however, another opened and, in 2007, the Doringbaai abalone farm was established next to the water and kelp of the bay, conducive to abalone cultivation, to ensure the town’s future. And ensure its future it has. Today, the abalone farm employs hundreds of locals, helping to bring down the unemployment rate in the region and improve the lives of families in and around Doringbaai.

Also, since South Africa is the world’s largest abalone producer outside Asia, Doringbaai is actively contributing to the country’s economy, which means continuing support from the government and investment by stakeholders. Growing still, the farm is a great example of what can be achieved by the people of the West Coast and the resources the sea offers.

Back To School Available In Doringbaai

Doringbaai
*Free Delivery to You

Have your Office Supplies & Printing Needs delivered to your doorstep every day in Doringbaai.

Call us to find out more or to open an account and never worry about going out to get stationery, paper and coffee again.
We'll bring everything you need for your office in Doringbaai, for *FREE.