We Deliver More Than Just Stationery In Hopefield

West Coast Office National delivers for *free in Hopefield.
Stationery, Business Office Supplies, Printing, Copying, Office Furniture, HP and Canon printers & copiers as well as comprehensive IT & Computer Support.
We pride ourselves on listening to our clients needs, what can we help you with?

Office Supplies Delivered to you in Hopefield

Below are the Categories of Office Supplies available for delivery to your front door. We have a massive variety of stationery, IT, Printing and Furniture solutions for you Office all under one roof. There is no need to drive out and get your weekly supplies when we can just bring them to you. Order a Free Catalogue and we will will bring it personally to your door in Hopefield.

Hopefield - Powering on as it always has 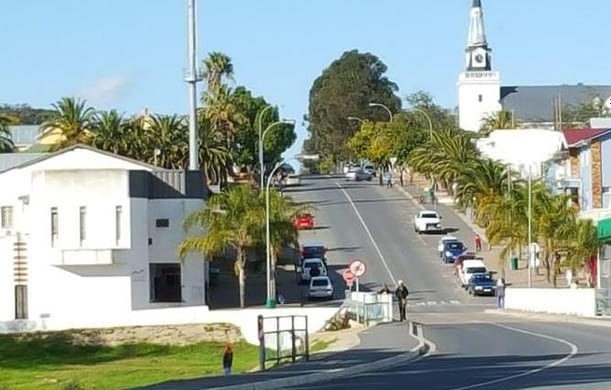 Formerly known as the capital of the West Coast, Hopefield has a thriving central business district. The reason for this is simple: it was through Hopefield that you would have to drive to get to the towns of Vredenburg, Langebaan and Saldanha. The construction of the R27 and R42 roads have unfortunately led to alternative routes, which saw a marked decrease in traffic, and business, passing through the town.

Staying true to its name, the town didn’t disappear off the map and is home today to a beautiful whitewashed Dutch Reformed church, built in 1879, within which its original organ still leads the congregation in song. The Commercial Hotel was bought by the Meltzer family in 1919 and has through the decades maintained its original lustre and vintage furniture.

The hotel is often used for film shoots, and it is there that you can buy Hopefield’s famous West Coast honey. Honey is a major form of revenue for the town’s residents, with one of the town’s most popular businesses being Simply Bee – a brand specialising in the manufacturing of honey and beeswax-based beauty products. In homage to the honey, August of each year sees Hopefield putting on a comprehensive wildflower show to showcase and celebrate their largest tourist attraction – the Hopefield Fynbos Skou.

Even though finding itself in the middle of the Sandveld (sand field), Hopefield is surrounded by flowing green wheat fields in the winter which are harvested in the summer. The Zoute River runs through the town and next to it is the Hopefield Nature Reserve – an area protected by local landowners to preserve the many birds and wildlife in the area. Noticeable as a building from a forgotten era, Hopefield’s Hartebeeshuisies is a unique feature of the town.

Thatched and built with materials sourced from the area, most of the houses have a large chimney on the one end to accommodate a large fireplace indoors, which were used for cooking as well as keeping warm in the winter. In the yard of many a Hartebeeshuisie you’ll find an oven purpose-built for the baking of traditional plaasbrood.

Back To School Available In Hopefield

Hopefield
*Free Delivery to You

Call us to find out more or to open an account and never worry about going out to get stationery, paper and coffee again.
We'll bring everything you need for your office in Hopefield, for *FREE.