We Deliver More Than Just Stationery In

West Coast Office National delivers for *free in Lambert's Bay.
Stationery, Business Office Supplies, Printing, Copying, Office Furniture, HP and Canon printers & copiers as well as comprehensive IT & Computer Support.
We pride ourselves on listening to our clients needs, what can we help you with?

Office Supplies Delivered to you in Lambert's Bay

Below are the Categories of Office Supplies available for delivery to your front door. We have a massive variety of stationery, IT, Printing and Furniture solutions for you Office all under one roof. There is no need to drive out and get your weekly supplies when we can just bring them to you. Order a Free Catalogue and we will will bring it personally to your door in Lambert's Bay. 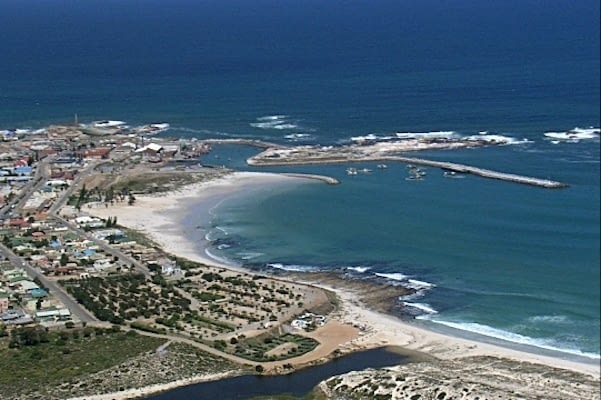 Lambert’s Bay is known both as the Diamond of the West Coast for its pristine white beaches and the West Coast’s crayfish industry mecca for its shellfish gems found among the rocks and kelp.

Named after Admiral Lambert of the British Navy, who did a marine survey of the bay between 1826 and 1840, the town hosts the annual Crayfish Festival – a West Coast favourite – and is home to the Muisbosskerm, an open-air seafood restaurant voted one of the "Top Ten Sea Views to Dine For" by National Geographic.

The first crayfish factory was started by a Mr Lindström in 1918 and the waters around the bay are also filled with snoek, the other West Coast staple the town is famous for. In addition to seafood, Lambert’s Bay is a producer of French fries, the surrounding farmland particularly suited for the cultivation of potatoes. Lambert’s Bay Foods is a large factory in the town which employs 305 people.

The Lambert’s Bay Sandveld Museum is filled with relics and documented history of the town, including the story of the HMS Sybille Gunboat that ran aground in 1901 after it was sent to Lambert’s Bay as a patrol boat during the Anglo Boer War (1899 – 1902). Divers have scoured the ocean’s bottom for artefacts from the HMS Sybille and, in 1999, came across the ship’s propeller, which can be viewed on display at the museum.

Tourism is another source of revenue for the town. The name of an island off the coast bears testament to the birdlife in the area’s rich diversity. Bird Island is the nesting and breeding ground of thousands of Cape gannets, penguins and other bird species and can be reached by walking on a breakwater wall from the town.

Back To School Available In Lambert's Bay

Lambert's Bay
*Free Delivery to You

Have your Office Supplies & Printing Needs delivered to your doorstep every day in Lambert's Bay.

Call us to find out more or to open an account and never worry about going out to get stationery, paper and coffee again.
We'll bring everything you need for your office in Lambert's Bay, for *FREE.