We Deliver More Than Just Stationery In Saldanha Bay

West Coast Office National delivers for *free in Saldanha Bay.
Stationery, Business Office Supplies, Printing, Copying, Office Furniture, HP and Canon printers & copiers as well as comprehensive IT & Computer Support.
We pride ourselves on listening to our clients needs, what can we help you with?

Office Supplies Delivered to you in Saldanha Bay

Below are the Categories of Office Supplies available for delivery to your front door. We have a massive variety of stationery, IT, Printing and Furniture solutions for you Office all under one roof. There is no need to drive out and get your weekly supplies when we can just bring them to you. Order a Free Catalogue and we will will bring it personally to your door in Saldanha Bay.

Saldanha Bay - Your Link to the World 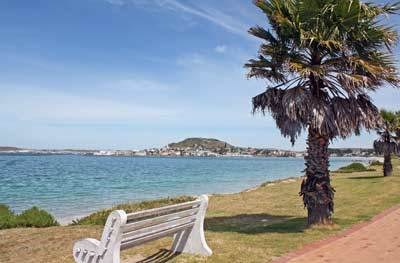 Saldanha Bay is developing into a world-class offshore and maritime hub.
The SBIDZ has, to date, signed 11 lease agreements with an investment value of over R3billion and an investment pipeline of 60 investors.

Initiated by the dti and the Western Cape Government’s DEDAT who partnered with the Saldanha Bay Municipality and other stakeholders, the Freeport development is aimed at providing streamlined investor procedures and committed to creating an environment in which small, medium and micro-sized enterprises can thrive.

Both foreign and local investment in the oil and gas sector set to be worth between R1.8bn and R2.2bn is expected to be generated following the new development, with the area also granted status as an off-shore supply base with the necessary infrastructure already in place.
Local companies, in partnering with Transnet, would focus on developing the marine and ocean services industry in Saldanha Bay on the West Coast.

Export is the town’s major industry. It is here where the Sishen-Saldanha Railway Line terminates. Using the 861km single, heavy-haul railway trains of over three kilometres long to carry iron ore from mines in the Northern Cape.
The natural harbour of Saldanha Bay is large enough to welcome ships as large as two-hundred thousand tons.

The waters of the Benguela Current flowing past the harbour, with its high concentration of plankton, makes Saldanha Bay an excellent natural breeding-ground for sea life, with seaweed being another unique export item.
Red Seaweed is commonly found on the beaches of Saldanha Bay and, after its cleaned and baled, is exported to the Far East.

Back To School Available In Saldanha Bay

Saldanha Bay
*Free Delivery to You

Have your Office Supplies & Printing Needs delivered to your doorstep every day in Saldanha Bay.

Call us to find out more or to open an account and never worry about going out to get stationery, paper and coffee again.
We'll bring everything you need for your office in Saldanha Bay, for *FREE.