We Deliver More Than Just Stationery In Vredendal

West Coast Office National delivers for *free in Vredendal.
Stationery, Business Office Supplies, Printing, Copying, Office Furniture, HP and Canon printers & copiers as well as comprehensive IT & Computer Support.
We pride ourselves on listening to our clients needs, what can we help you with?

Office Supplies Delivered to your business in Vredendal

Below are the Categories of Office Supplies available for delivery to your front door. We have a massive variety of stationery, IT, Printing and Furniture solutions for you Office all under one roof.
There is no need to drive out and get your weekly supplies when we can just bring them to you. Order a Free Catalogue and we will will bring it personally to your door in Vredendal. 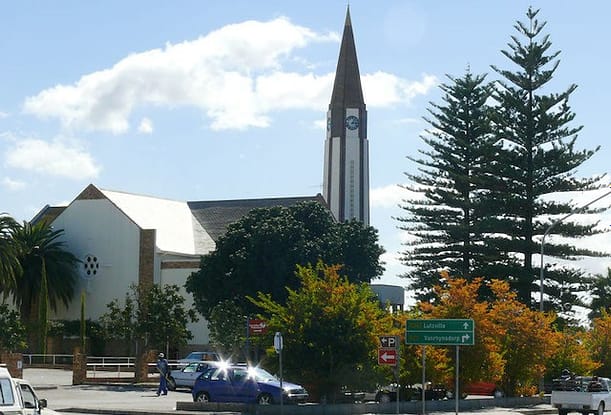 Relatively far north in a land known as the Namaqua, Vredendal is on the border where the Mediterranean climate to the south turns semi-arid before becoming completely arid over the Namib Desert.

Despite the change in climate, Vredendal still forms part of the spectacular yearly flower show when the Cape West Coast’s wildflowers are in full bloom.

The town’s economy is built mainly on mining and agriculture, with the Olifants River Irrigation Scheme making the cultivation of grapes, potatoes, tomatoes, onions, pumpkins, watermelons and sweet melons possible.

Built by Italian prisoners of the Second War, the irrigation scheme consists of hundreds of kilometres of canals that transport water with the help of gravitational force from its source, the Clanwilliam Dam.Namaqua Wines, one of South Africa’s largest cooperative wine cellars, has its headquarters in Vredendal.

According to the company, it’s building on the first recorded sale of wine in the region by one Francois la Vaillant, a French explorer of the late 18th century.

Making wine since 1947, the brand has grown to where it’s exporting its products to the rest of the world. All with the help of an irrigation system with not one pump along its route.

Originally called Bakkaley Plaats (plane of fighting), the Vredendal of today is far more peaceful as it carries on growing as a major contributor to the Cape West Coast economy.

Known with good reason as the administrative and commercial centre of the northern Olifants River Valley, the town is the seat of the larger Matzikama Local Municipality, with a rich history and a bright future.

Back To School Available In Vredendal

Vredendal
*Free Delivery to You

Have your Office Supplies & Printing Needs delivered to your doorstep every day in Vredendal.

Call us to find out more or to open an account and never worry about going out to get stationery, paper and coffee again.
We'll bring everything you need for your office in Vredendal, for *FREE.