Did You Know? Foolscap and A4 Paper - Stationery – Office Furniture – Ink – Printing – IT

Did You Know? Foolscap and A4 Paper

Foolscap or folio paper is paper cut to 216 x 343 mm. This was a traditional size used in Europe before the adoption of A4 paper (the most common size outside the USA). It remains a common size for ring binders and lever arch files containing A4 paper because it offers greater protection to the pages as foolscap size is larger than A4. 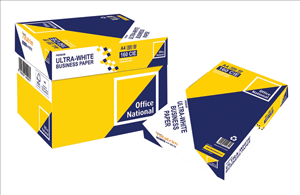 Foolscap was named after the fool’s cap and bells watermark commonly used from the fifteenth century onwards on paper measuring 432x343mm. The earliest example of such paper that is firmly dated was made in Germany in 1479. Apocryphally, the Rump Parliament substituted a fools cap for the royal arms as a watermark on the paper used for the journals of parliament.

Need Stationery Get our Free Catalogue in the post.