Liquid Paper correction fluid, was invented by Bette Graham in 1951 and originally called Mistake Out. Graham was a typist who developed a type of white tempera paint to cover up her mistakes. Her first batch was mixed together in a kitchen blender. She offered the product to IBM, which declined. She sold the product, renamed Liquid Paper, from her house for 17 years and in 1979 it was sold to the Gillette Corporation for $47.5 million with royalties. She died the following year, with half of her estate going to charity and half to her only child, actor, producer, businessman and former Monkee, Michael Nesmith. By the 1980s, the product was available in colors other than white and it can now be bought in a pen. the chemical name of liquid paper is titanium dioxide (TiO2). 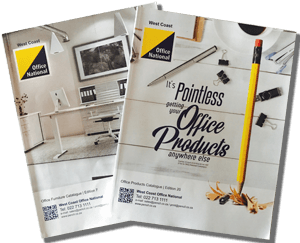 The secretary who turned Liquid Paper into a multimillion-dollar business

Bette Nesmith Graham invented one of the most popular office supplies of the 20th century. Today, she’s largely been forgotten.

She didn’t know it then, but she was on the brink of something magical.

The product she would eventually create — Liquid Paper, a white correction fluid used to conceal handwritten or printed typos — would become one of the world’s most popular and enduring office supplies.

Graham wasn’t a chemist or an engineer. She was a single mom from Texas who had a brilliant idea while working a 9-to-5 job as a secretary.

But she was also a budding product marketing genius: Over several decades, she identified a need in the market, organically grew her business, staved off competition, and bootstrapped her way to a $47.5m exit — $173m in today’s money.

And she did it all during a time when women were discouraged from pursuing business ventures.

Born Bette Clair Murphy near Dallas, Texas, in 1924, Graham was raised to be imaginative, strong-willed, and independent.

Her mother owned a knitting store and taught her to paint from a young age; her father, a manager at an auto parts company, imparted the values of consistency and hard work.

But Graham didn’t care much for traditional education.

At 17, she dropped out of high school, married a soldier named Warren Nesmith, and had a baby boy. When her husband returned home from World War II, the couple got divorced — and Graham was left to single-handedly raise her child.

To make ends meet, she found work as a secretary at Texas Bank and Trust, where she earned $300/month (~$36k/year in today’s money).

As her son Michael later recalled, financial pressures would cause his mother to frequently “burst into tears of panic.”

Though Graham wasn’t a great typist, she eventually rose to the position of executive secretary — then the highest job available to the bank’s female employees.

At the time, IBM had just come out with a new line of electric typewriters that were faster than previous models and used carbon film ribbons.

But as Graham soon learned, the invention had several downsides:

Graham had to find a way to fix her numerous typos. Soon, an idea struck.

She’d previously had a side hustle painting window displays at the bank.  “An artist never corrects by erasing but always paints over the error,” she later recalled.

“So I decided to use what artists use.”

After work one day, she went to the library and looked up a recipe for tempera — an age-old, water-based paint.

She whipped up a white-colored liquid in her kitchen blender, poured it into an empty nail polish bottle, and started covertly using it at work to cover up typos on documents.

Despite her best efforts to keep the concoction a secret, word soon got out and fellow secretaries wanted in on the action.

By 1957, Graham was selling 100 bottles per month to her colleagues.

To meet demand, she turned her garage into a mini packing plant, paying her son and his friends $1/hour to fill the little glass bottles and affix them with handwritten labels. She called her product “Mistake Out.”

Graham knew that to expand her reach, she’d need to improve the quality and consistency of her product. With help from her son’s chemistry teacher and an employee at a paint shop, she constantly iterated the formula.

On weekends, she traveled around Texas pitching Mistake Out to wholesalers. When they took a pass, she decided to market it herself.

A placement in a national supply magazine led to her first big score: 500 orders all over the US, including a 400-bottle sale to The General Electric Company.

She poured herself into the business — and her effort soon took a toll.

One day at work, she accidentally signed off a letter “The Mistake Out Company” instead of “Texas Bank and Trust,” and was fired.

For Graham, the parting was a blessing in disguise.

In 1958, Graham changed the name of her product to “Liquid Paper” and filed for a patent.

Over the next few years, she sought help from a number of industry professionals, including a polymer chemist named Bill Mallow, and further refined her product for a mass market.

As the product spread in popularity, Graham relocated the operation from her garage to a trailer to an office building. She hired a staff of employees to help out with marketing, production, and logistics.

With growth came doubts — but she persisted.

“I think anyone who is making progress faces fear,” she later said in an interview. “Overcoming fear is all there is to success. You have to face fears and doubts constantly. You keep doing it over and over.”

Graham spent heavily on advertising, showcasing her product during prime-time TV programs like The Tonight Show and in Glamour and Fortune magazine spreads. Sales grew in tandem with exposure.

In 1975, she moved Liquid Paper into a 35k-square-foot automated facility in Dallas that pumped out 25m bottles/year.

Though several competitors, including Wite-Out (1966), attempted to take on Liquid Paper, Graham maintained the lion’s share of the market.

But as her operation took off, the people closest to her tried to take advantage of her success.

Years earlier, in 1962, she’d married a frozen-food salesman named Robert Graham and had given him partial control of Liquid Paper’s business affairs. In 1976, they divorced and he tried to cut Graham out of the company by changing the formula and booting her off the board.

The secretary-turned-business-savant managed to stave off her ex and maintain a 49% stake in her company.

Facing ailing health in 1979, she sold Liquid Paper to Gillette for $47.5m ($173m today), plus royalties on every bottle sold for the next 2 decades.

Just 6 months later, at the age of 56, she suffered a stroke and died.

Her son, Michael — who, as chance would have it, went on to achieve fame as a member of the ’60s pop group, The Monkees — continued to champion his late mother’s legacy, appearing in commercials for her products well into the ’90s.

He continued to receive Liquid Paper royalties from the deal his mother had worked out and used them to launch the music video company PopClips — a predecessor to MTV.

As chronicled by Forbes contributor Tanya Tarr, Graham left behind much more than a fortune.

In a time when corporations didn’t offer much in the way of employee benefits, Liquid Paper was a highly progressive firm. Among its offerings:

During her successful run, Graham also established two philanthropic foundations — one that supported women in the arts, and another that offered assistance to disadvantaged women.

Shortly before her death, Graham sat down for an oral history interview at the University of North Texas and ruminated on her success.

“I find it’s such a marvelous period when you’ve been patient and stood your ground and one day you see that growth has been going on around you all the time,” she said.

“It’s like a plant that is rooted in the ground. For a long time, you don’t see much happening, but all the time the plant is developing a stronger root system that reaches out to farther places.”

Today, Liquid Paper is still in production and is owned by Newell Brands — a conglomerate that owns Rubbermaid, Sharpie, and Elmer’s glue.

The plant, as Graham would put it, is still going strong.

Get your Free Office Supplies and Furniture Catalogue Delivered FREE